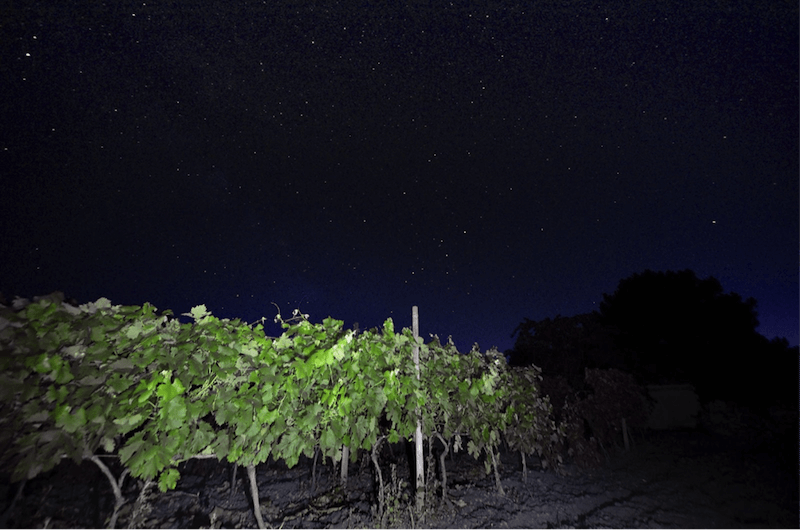 Their blog, www.voglioviverecosi-lupolibero.blogspot.it  is a journal containing some moments of their life, a testament of their simplicity and profundity, of their respect towards our planet that appears from their gestures and actions. We send them both a big embrace, reporting some excerpts from Dario’s article below.

You can find the complete version, along with some wonderful photos, following this link:  http://voglioviverecosi-lupolibero.blogspot.it/2015/07/sleeping-in-vineyard-microadventure-4.html

‘Beauty will save the world’  F. Dostoevskij

“Four years have passed since the ‘zero moment’. Since the beginning of a new life, full of always new experiences. I am searching for beauty – on Sicilian mountains, on country paths and on the streets, sometimes sunny and sometimes shining in the rain, where I ride with my bicycle.

It is beauty that I am looking for – also in the dream that a dear friend of mine made come true.

Santa Maria la Nave is a green gem, set at 1100 meters of altitude on the western slope of Mount Etna: an ancient vineyard, one of the highest on the volcano and in the whole Europe, that was saved from neglect, recovered fifteen years ago and grown with respect and loving care – a heroic vineyard belonging to practical, winning and special people.

Santa Maria la Nave tells about a dream that is also partly mine. To recover, to respect, to rebuild. I spent here a night in the open, side by side with vines and under a “roof” made of cherry branches. Near me there were the dry stone walls of an ancient farmstead, stone on stone. I was there, under a warm sunset on the far away Nebrodi Mountains – a night flooded with stars – a bright dawn. Behind my shoulders a gigantic, reassuring and familiar presence: Mount Etna.

It was smoking, the great volcano – it seemed as if it was guarding the vines, the vineyards and the orchards covering its slopes… maybe I grasped something, that night. The enigma, which Dostoevskij was talking about: beauty… 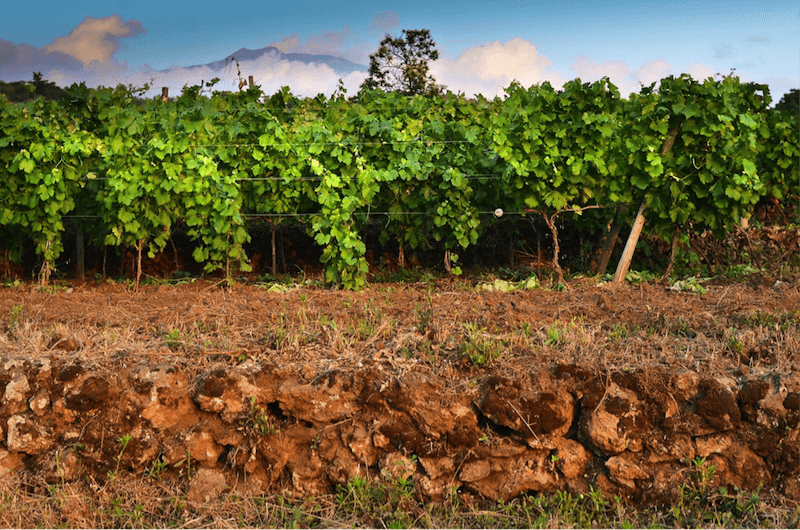 At 9 in the morning, the light is high and blinding. I greet the vines, the clusters full of still green berries, small but strong. This year, too, they will ripe and give an excellent must.

The land is prodigal with those who do not turn their back on her.

The land is made for those who love dreaming, building, believing.

I leave closing the iron gate, covered with chestnut wood – this, too, is a sign of respect and love for beautiful things. A last look at Mount Etna – my boots are covered with volcanic dust, the day is very hot and Santa Maria la Nave, viewed from above, seems almost unreal.