A treasure to safeguard

Sicily has always attracted, during the centuries, and still attracts various kinds of people, with the most different goals. Conquerors looking for new lands to dominate, artists looking for an intellectual inspiration, travellers from all over the world, refugees looking for a place without bombing. All of them have taken something from Sicily, many of them have left something of their own. The Sicilian Eastern coast, and Mount Etna in particular, have been the subject of a great interest since ancient times. Many populations and travellers have planted their cultivation, their own plants, “contaminating” the fecund Etnean territory that, thanks to its soil variety, its altitude and its slopes, has a very high chance to accommodate and let flourish all these new plants.

During the various centuries, Mount Etna has made these plants its own. Etnean people have selected and grown them in the most suitable spaces, and then passed them on to the future generations. An extraordinary work, a heritage that, unfortunately, nowadays is partly lost. Mount Etna today has 40 local vine varieties, but some of them are almost extinct. This heritage could be passed on to us thanks to the fact that all the winemakers avoided monocultures. The old traditional Etnean vineyards are communities made of different local clones that the old winemakers brought there from more or less adjoining vineyards, when they thought that the results were of high quality, which allowed to preserve an extraordinary heritage of biodiversity until today. And even if the most popular vine varieties are Nerello Mascalese, Nerello Cappuccio, Carricante and Catarratto, in the most ancient vineyards one could still find wonderful specimens of fascinating local varieties. 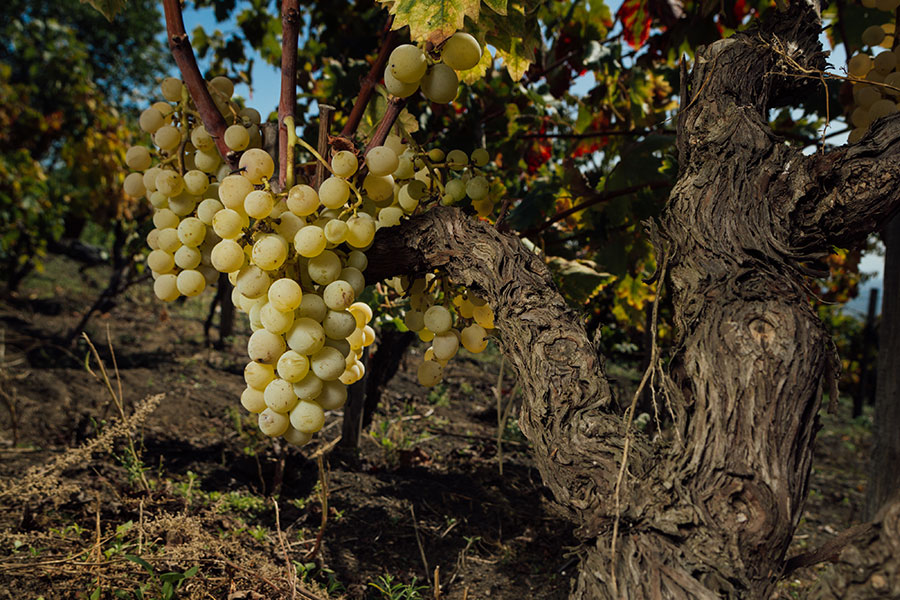 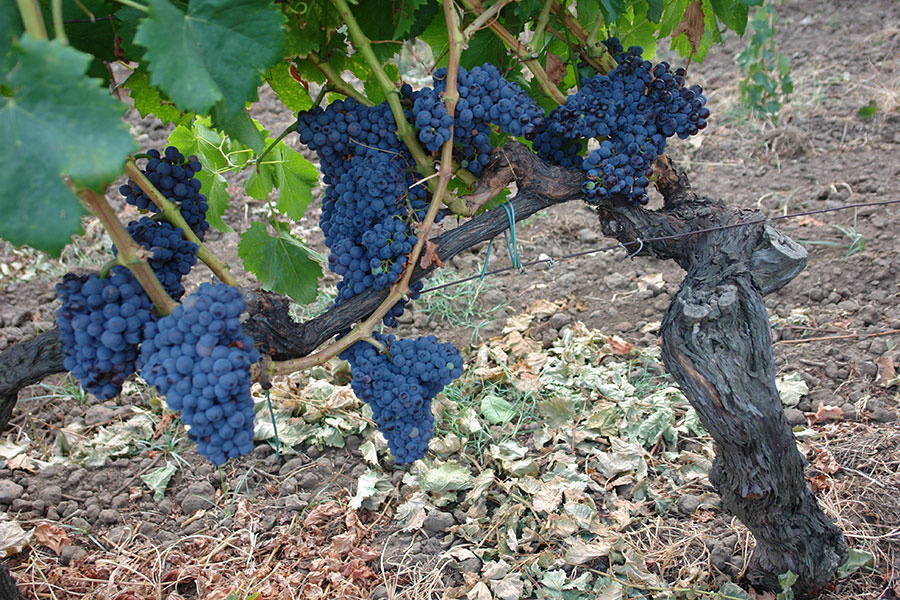 In the Casa Decima vineyard, at Contrada Nave, we were able to protect the DNA of ancient plants of Grecanico Dorato and Albanello, while in our vineyard on Mount Ilice, besides the four most important vine varieties of the Etnean viticulture, we found some amazing plants of Minnella Bianca, Minnella Nera, Insolia, Alicante, Zu’ Matteo, Moscatella dell’Etna and Mantellato, just to name a few, and also some ancient vines that we haven’t been able to identify yet. Extraordinary plants, whose DNA has been passed to us through the millennia thanks to ancient travellers, people passing by, conquerors, poor people looking for a new home – they have surely taken something with them, but they left us a very important heritage. It’s our duty to protect it.

Nerello Cappucio, or Nerello Mantellato, owes its name to the strange shape of its leaves, resembling a cloak (“Cappuccio” means hood in Italian, “Mantello” means cloak). As if they were a cloak…

Grecanico Dorato is an ancient vine variety, whose origin and geographical spread are surrounded by mystery. Until a few years ago, its origin was thought to be Greek. Greeks had brought to Sicily…

Nerello Mascalese is the undisputed prince of the vine varieties growing on the mystic Mungibeddu, the Etna volcano. This volcano is located on the eastern coast of Sicily, eternal land of fire…

He is famous as the “legendary disappeared vine variety” but, in reality, Albanello, even if almost extinct, is still present in some areas near Syracuse and Catania, as Contrada Nave, a wonderful land…