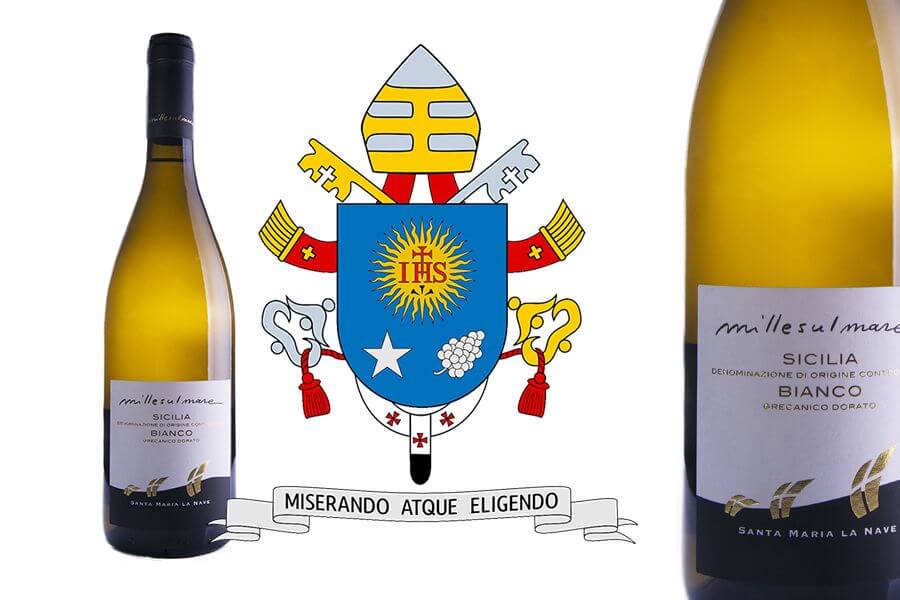 Our Millesulmare was subjected to the scrutiny of a qualified commission and master sommelier, and after being accessed the commission was pleasantly surprised by our wine and gave approval to include it on the Pope’s menù.

We are honored that our Millesulmare has been chosen to represent Mount Etna, during that important event.

We are also proud that we have gotten lots of positive feedback, our Millesulmare has also been requested on the flight’s menù, although it wasn’t in original program, during the same Apostolic travel in South America.

We would like to thank the chef Marco Picano (we would like to talk about him in our next article) and everyone responsible for this event and for appreciating and trusting our wine.