Last evening, while I was drinking an excellent Nerello Mascalese, some friends asked me: “What are crespelle”? This is the reason because I want to share here the authentic recipe of the crispelle, and the video of their preparation. 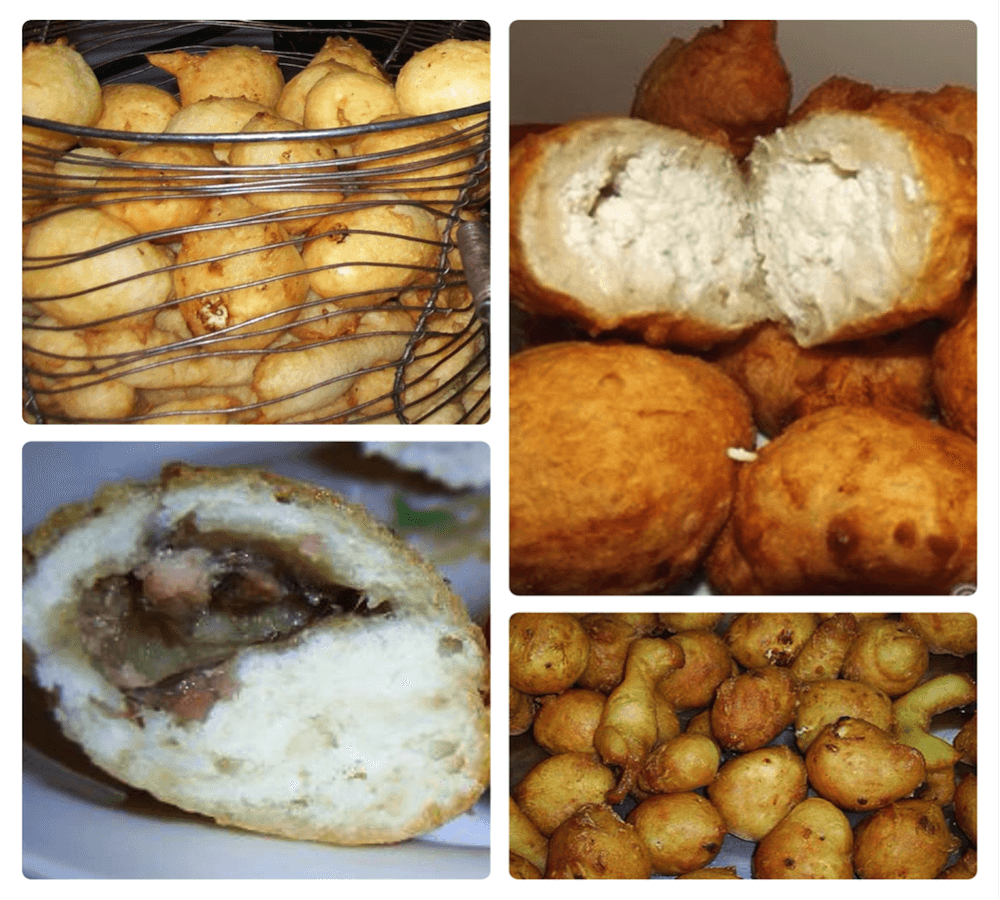 The crispelle, from the etymological root of sfang (fermented and fried dough) have a Berber origin: they are pancakes of semolina flour, whose soft and captivating dough is filled up with anchovies or sheep ricotta. They are fried in a frying pan with a diameter of more than a meter and a depth of approximately 50 cm with a lot of seed oil or lard, as the most traditional recipe suggests, the one that the ancient winemakers of Mount Etna handed down to us.

Their taste is unmatched, both in their classic version with its elongated shape filled with anchovies and in their rounded version, filled with ricotta.

Around Christmas, or during the local fairs at the villages located on Mount Etna’s slopes, the crispelle flood streets and alleys with their typical fragrance. They make you feel glad and their taste is unforgettable.

The refined and proud mastery of the mastro crispeddaru in working the almost liquid dough of the crispelle by sight is a gift, an art that one can refine with time but that can’t be taught.

How to make the crispelle of Mount Etna:

Knead the semolina flour with warm water and add a bit of salt and yeast.

The result is very soft dough, almost liquid, that must be covered with a wool blanket ant left to rise for at least three hours.
Meanwhile you should prepare your frying pan. Make ready a plate with the deboned anchovies chopped to pieces of 3-4 cm and another plate with the fresh sheep ricotta.
Beside the container with the risen dough, put another one full of water in which we will rinse our right hand after putting the filled dough into the boiling lard.

To make crispelle with anchovies, take a small piece of anchovy with your left hand and with the right take a piece of dough of approximately 30-40 g.
Now knead quickly and with both hands the dough, giving it an elongated shape and covering the piece of anchovy completely.
You should give a more rounded form to the crispelle with ricotta, but be careful: they are difficult to knead and tend to open while frying.
Now you can immerse the crispelle in the frying pan.
You should notice an instant pleating of the dough that, while frying, will turn into a golden and solid color. Finally get out the crispelle with a long skimmer and let them rest on a specific absorbent paper while they are still steaming.
They are perfectly served with our Sicilian white wine, the Millesulmare, produced with grapes of Grecanico Dorato that, with its sapidity and minerality, contrasts and exalts the unique taste of the crispelle of Mount Etna.